I’m not a huge fan of Barbie for reasons that should be reasonably clear. That said, a few days ago the Mattel website listed something kind of interesting and possibly awesome:

I do like that she’s not blonde and wearing pink like the Barbies from when I was a kid. She’s got brown hair with big red streaks (is this a nod to Anita Sarkeesian?), and comes with a laptop that looks suspiciously like a Mac. And her clothes look like things I’ve actually seen people at work wear, so this gets points for realism and not the plastic pink shit I used to see on Barbies of years gone by. I mean, if I had a kid who played with Barbies, I’d rather have them have something like this than something that otherwise looks unreasonably gender-conforming. 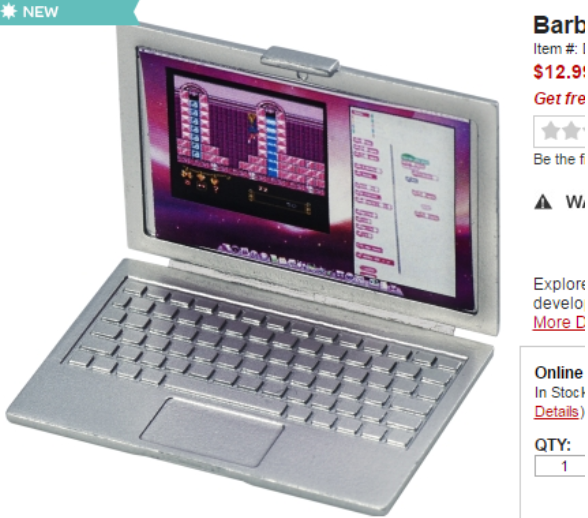 Given that there are so few women game developers there, this could potentially influence a whole new generation of kids to go into games, which would be awesome.