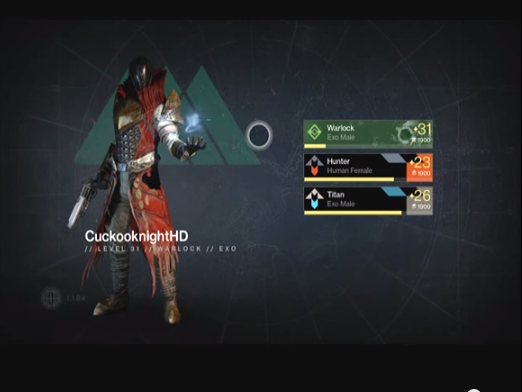 Last week, a video went viral about a young Destiny player who used the Share Play feature on his PS4, and had two high-leveled characters and an exotic weapon deleted by a stranger when he stepped away for a few minutes. The victim was 11-year-old Henry, who went by the handle CuckooKnight.

Much vitriol was leveled at KirmitTHEfrog, the account that deleted the characters, including someone threatening to find and burn down his house, or another person telling him that they “wished he got cancer and died”.

This week, the account owner’s mother contacted GameInformer and said that Kirmit was just as much a victim in the fiasco as Henry.

It turns out that the KirmitTHEfrog account had been used by multiple people in the same household, while the actual account owner had been convalescing at home after a car accident. GameInformer tracked down the actual offender who said in an interview that he was not at all remorseful about what he had done.

Dubbed “Chris” for the purposes of the interview, the 17-year-old said that his first recorded attack was October 31, when he was at Kirmit’s house for a Halloween gathering. Although there were several people in the house at the time, Kirmit was absent.

“I saw party chat and Share Play options,” Chris said. “I thought it would be pretty funny to test them out.”

When asked how many times he had deleted people’s characters and items, he said, ““I’ve done it multiple times,” he said. “I think three? Four? I thought it would be funny.”

Chris also admitted—without prompting—that, aside from Destiny, he had also “done it on GTA before.”

Although Chris said that he hadn’t seen Henry’s video—“I don’t pay attention to the news”—he did think that Henry and his other victims should “suck it up and move on with life… What else is there to say?” He did not show any sympathy or remorse.

As for the real owner of the KirmitTHEfrog account and the harassment he’s received, Chris remained nonchalant. “It’s just human nature. People get pissed on the internet and say what they want. It’s unfortunate.”

Chris’ attitude and the series of events that transpired on Sony’s Share Play feature serve as a timely reminder: It’s important not just of protecting one’s account from strangers online, but also important to protect it from unwanted interference with the actual account on one’s PlayStation.